Toer van Schayk was born in Amsterdam in 1936. At an early age, he studied dance with Iril Gadescov and later he joined Sonia Gaskell’s Nederlands Ballet. In addition to this he studied sculpture at the Royal Academy of the Arts in The Hague, finishing with honours, after which he obtained a scholarship for a year of advanced studies at the Higher Institute of the Arts in Antwerp.

As a dancer, his expressive and profound interpretations made him one of the most popular soloists of Het Nationale Ballet in Amsterdam. Next to this, Van Schayk became one of the prominent stage designers of the Netherlands. As a choreographer he developed a personal and original dance vocabulary. He created around sixty choreographies, both abroad and in his own country. Because of his activities in various artforms, he is often referred to as one of the last renaissance men. Van Schayk’s choreography to Mozart’s Requiem, as well as his 'Nutcracker and Mouseking’, for which he designed both the enchanting sets and costumes and the main part of the choreography, are regarded as some of his many masterpieces. 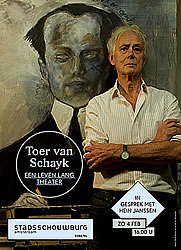 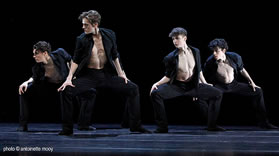